Hot is good, yes?
Hot paranormal is even betta! Those guys with powers, you know … whooo-wee!

David Ho'omalu is the hero of a woman's dreams. Big, powerful, handsome and gentle … with something extra.

Born to defend his people, he will sacrifice everything—for her.

Nawea Bay, a remote Hawaiian paradise, is just the haven Melia Carson needs to escape the chill of heartache. Instead, she finds herself swept up in a tropical heat wave, fueled by her unexpected attraction to a handsome native she meets on a snorkel tour. He’s big, powerful, hot enough to melt her defenses—and he’s not all he seems. How else could he survive an injury that should have killed him…and why does she dream of him garbed in ancient native dress and wreathed in flames? David “Malu” Ho’omalu is on the Big Island to find and destroy a cache of dangerous designer drugs before they can be sold to his people. Fending off amorous female tourists is part of the job, but one look in Melia’s blue eyes, and his instincts scream that she is his. As Melia surrenders to the desire burning between them, she discovers more than a fiery heritage that defies modern logic. She discovers a man who would descend into the molten heart of the volcano to protect his island. And her…if she can find the strength to trust her heart to him.

Warning: Hot, hot Hawaiian hero with volcanic passion on his mind. Better pack a heat-proof bikini for this island paradise.

Here's one of my favorite scenes, where David kinda lets it off the leash … a little too soon.

“Melia woke with a gasp. She lay on her back in the bed, her heart pounding, desire twisting inside her. The dream had been so real.

Rain beat on the roof overhead, trickled down the gutters and splattered on the windowsills. But only on one side was she cool. Her other side was hot, uncomfortably so, as if she were too near a fire. And the heat was emanating from the man sleeping at her side.
Melia turned her head and stared. Her breath froze in her throat; her heart skipped a beat and then began to pound even faster. Was she still dreaming?
Malu still lay on his side, facing her. His eyes were closed, his face peaceful in slumber, his big body relaxed. And she could see all this clearly, because he was glowing.
She closed her eyes, squeezing them tightly shut, willing it to be her imagination, a trick of the storm, of the Hawaiian night. But when she opened them again, it was the same. The night was dark, the rain blotting out any moonlight that might have strayed in the windows. The only light was the red-gold glow that shimmered not around, not over, but from Malu.
Slowly, clumsy with fear, Melia pushed back the blanket and began to inch away from him. She made it to the very edge of the bed, had one foot on the floor, when his eyes opened, and he looked at her. It was like gazing into the heart of dark fire.
“Damn,” he rumbled, his deep voice husky with sleep. “Didn’t mean to do that yet.”

Leave a comment and  let me know how you'd like a guy to heat up your nights with some paranormal powers, and I'll enter you to win a PRINT copy of Walking in Fire, or an ebook of any of the Hawaiian Heroes books–your choice. (print winners must live within the continental U.S.)

And be sure to visit these other blogs on the hop! Lots of great paranormal romance being given away! Click the cute blue icon below … 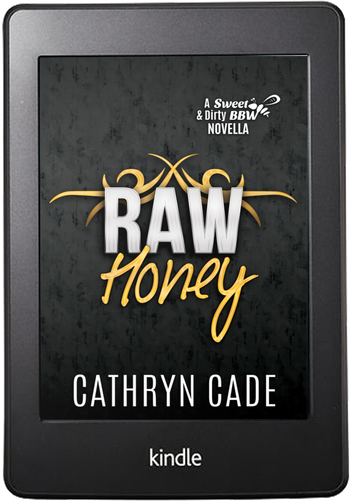 Independence Day … and beyond

Today is July 4th, the day when Americans celebrate the signing of our Declaration of Independence.  Here in the Pacific Northwest, we gather together with friends,

http://sfrcontests.blogspot.com/2014/06/the-sfr-brigade-3rd-midsummer-blog-hop.html Greetings from         the Cade-iverse!Teaming up with my fellow SFR Brigade authors to bring you Starry Nights, a blog hop with many